All for Armenia thanks you for your continued support as we plan for our upcoming children’s Christmas event in Gyumri this Sunday. Earlier this week, our co-founder Matthieu traveled to Gyumri to prepare for the event. While at a local restaurant, he noticed a band performing traditional Armenian music, and asked if they would be interested in collaborating. They agreed on the condition that they would not receive any payment for their performance, so that all funds go to the children.

We are excited to announce that we are partnering with the Համլետ Մուրադյան (Hamlet Muradyan) band to bring a traditional Armenian music concert to refugee children of Artsakh. The band features Hamlet Muradyan, master of the tar, a lute instrument that is considered therapeutic and has historically been used to soothe headaches, insomnia, and melancholy. The band will complement the music of already-scheduled kamancha player, Erik Hovhannisyan.

At All for Armenia, we believe that empowering our homeland means not only aiding refugees from Artsakh and families from Armenia affected by the war, but also preserving and promoting Armenian culture. Children who escaped a massacre intended to destroy their culture will now have the opportunity to celebrate the music of their homeland. If you would like to enjoy traditional Armenian music, we will be live at 11:00 AMT (Armenia time) on Sunday, January 10th. Stay tuned for updates! 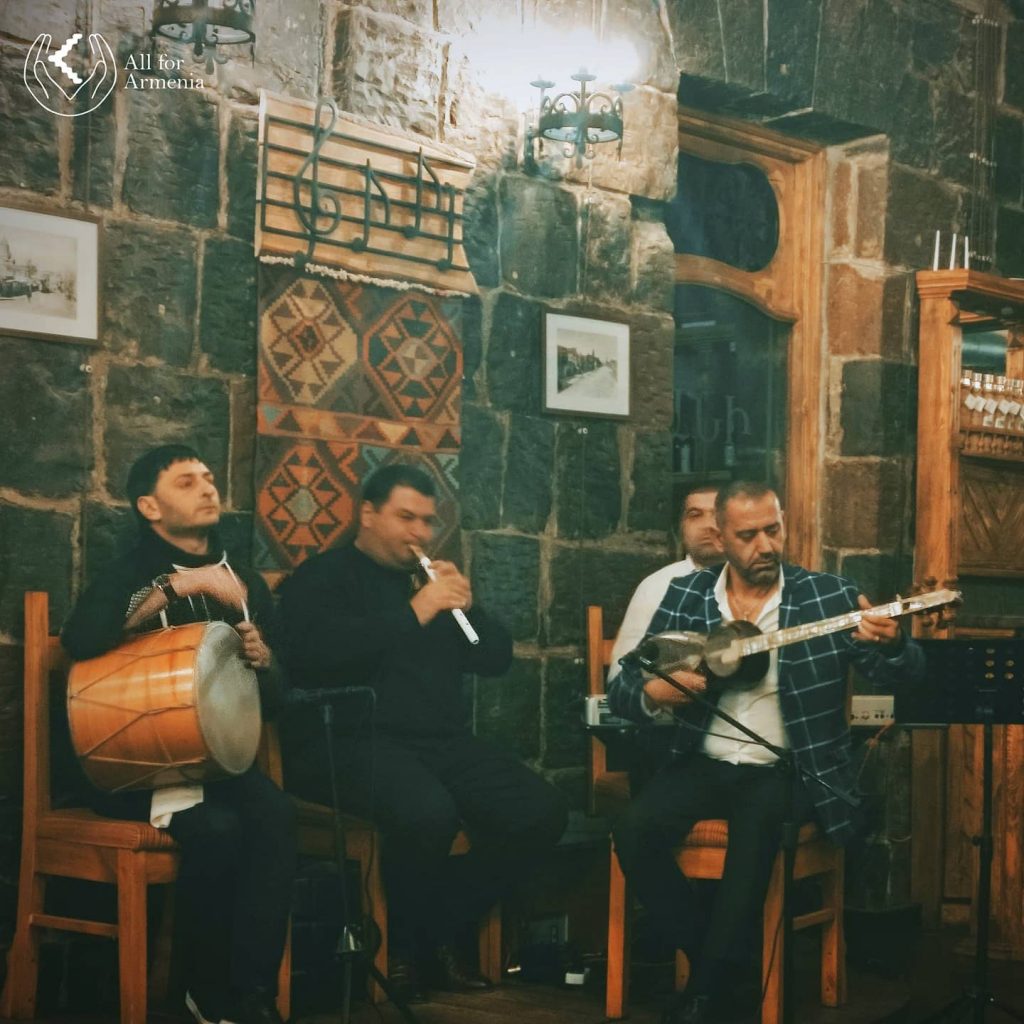